This isn’t going to become a regular feature of the page, because I don’t personally think it is often interesting. Sometimes it is – but generally science news can often just be someone from an obscure company who has found a chemical that will make the top of bread rolls more crusty when left out in shops. However this week has been fairly interesting in my mind, and I found out some new things; so here is my small selection.

To be honest, I was finding the media loving of Tim Peake a little bit nationalistic and I really don’t like nationalism. I mean people fairly regularly go into space to the international space station and there is nothing different about Tim except for the fact he is British. But I guess I warmed to the idea when we started seeing some amazing real time footage of repairs being performed in space. It is quite a privilege to be able to watch such an event; here is a photo if you missed the live stream.

I think this is also one of the first times I have ever been very jealous of people who get to go to space. What an amazing sense of perspective on the earth you must get, flying around it. How humbling to see the whole earth in one direction and then the massive expanse of space in the other. NASA are now looking to develop a new kind of cargo shuttle which can take supplies too and from the space station… A floating space station with cargo ships that can bring supplies too and from it. Sometimes it is worth just stepping back and appreciating how far we have come. Space Hotel does not feel oh so long away.

Another great little invention I found out about is a seed bank we have in Svalbard. Even Svalbard is a great name in itself, it sounds so exotic (not in the warm sense). But scientists have considered the fact that global warming may cause some serious crop extinction which could devastate the human race. Briefly, on the subject of global warming it is often misquoted in the press. There is no debate at all that global warming is occurring, the debate is if (or how much) is man made. Anyone who is arguing if it is or isn’t actually happening at all just cannot observe statistics.

The seeds have actually already been used before, some varieties of Syrian crops have been flown out allowing Middle Eastern farmers to regrow crops. Whilst I don’t agree necessarily with allowing people to be complacent because we have a back up plan there is a certain apocalyptic charm about this.

The Case for Editing Embryos

There is a sci-fi film called Gallacica which is one of the best ever made – it is really worth a watch. In this film your genes are read from birth and your job and role decided based on these genes. They can tell how fit you will be and what you will achieve. Something about embryo manipulation reminded me of this film. The aim of this manipulation is to determine exactly what is being used for which purpose when the cells of the embryo divide so that we can start to prevent miscarriage and other terrible things.

The issue will of course be to the ethical voices where does the gene manipulation stop? Is it right to allow people to edit out certain genes but not other? Will we be able to make our children good at sport? Will we ruin the diversity of life? I am not so sure I would of even been chosen at all if I were to have been designed by selecting the “preferred” genes, but I feel like I have a purpose for being here. There is certainly food for thought in this argument. 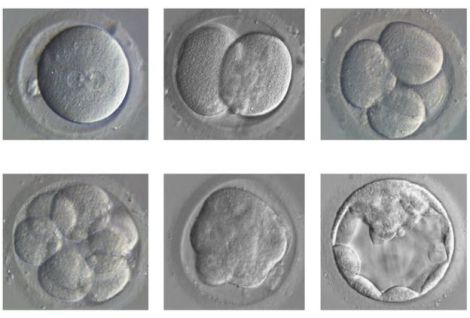 6 responses to “In the news this week”